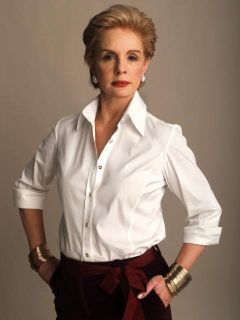 Carolina Herrera appeared in the fashion world as a surprise: a surprise that continued to linger long after her initial success.

In the early 80’s, Vogue editor Diana Vreeland was at the forefront of all fashion decisions. Therefore, when she endorsed Carolina Herrera, some hardly-known designer at the 1981’s Metropolitan Club, the world subsequently followed her luxurious trek from this first endorsement. She designed the floral-forward, chic wedding gown for Caroline Kennedy in 1986, sending a blaring message to the world: she was here to stay.

Demand for Chic from Early Days

Carolina was born in the Caracas in a family who has lived there for centuries. Her fashion surroundings were always perfect. She has proclaimed that everyone consistently wore chic clothes: that one went to Paris in order to find these clothes or else one had them tailor made in Caracas. It was not a comfort-first society.

She ultimately married two very important men. The first was Guillermo Behrens Tello, a large landowner in Venezuela. Their divorce came just a few years later. Her second husband, however, was Reinaldo Herrera Guevara. He had recently inherited the Spanish title: the 5th Marqués of Torre Casa. Thus shortly after their marriage, Carolina became The Marquise consort of Torre Casa. 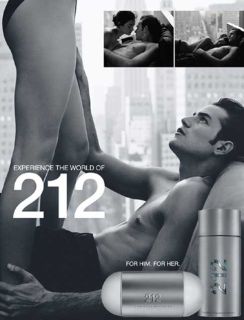 Prior to her initial clothing line, Herrera was often seen with important, well-dressed celebrities. Her great friends included Mick and Bianca Jagger as well as illustrious Andy Warhol. She was listed on the International Best Dressed in 1972, therefore carrying with her this interior nurture: she could dress well and therefore she could create looks from what she understood so well about the fashion world.

Subsequently, the designer Carolina Herrera brought this chic mentality into her fashion. She garnered a bit of flair for the easy-to-wear; she fuelled her designs with complete sophistication. Her very first fashion show included the incredible future supermodel, Iman, and was met with much praise.

After initial success in clothing design, Carolina charged headstrong into the fragrance industry: an industry ever-important, according to her, for any woman or man. She calls fragrance the most important “invisible accessory” anyone can own.

After initial success in clothing design, Carolina charged headstrong into the fragrance industry: an industry ever-important, according to her, for any woman or man. She calls fragrance the most important “invisible accessory” anyone can own. Her gentlemen’s collection includes many successful fragrances such as Chic for Men, 212 Men, Herrera for Men etc. At the moment she is shaking olfactory market with her most recent products from CH line.

A new Carolina Herrera has recently tapped her high heels into the fragrance scene. Carolina Jr, a daughter from designer’s second marriage, initially thought she would be a scientist. She hated her job along with the working world and began to work alongside her mother: the woman that had inspired such innovation and style in for her daughter. She had provided a headstrong instinct in becoming one of the most important women of the 20th century. After all, fashion has, primarily, been a men’s world. Carolina Herrera made it her own. 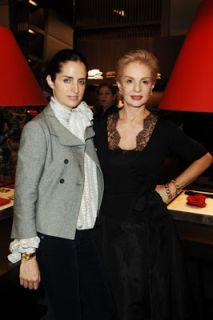 212 is a collaboration between mother and daughter. Carolina Herrera Jr sparked the initial equation of the scent. She longed so much for her New York City home — the home in which her mother would create many fashion and fragrance lines. She ached for all the breadth of life driving through the city streets and wanted to create a scent that manufactured that spirit, that sensation. She wanted to yield that scent to anyone, that feeling to anyone: regardless of his stance in the world. At the end she affirmed there was nothing like the sensation of standing in the city with the whirring life around her.

What to say… Carolina Herrera and her daughter bring this elegance and simplicity to men’s fashion and fragrance. They understand the unique qualities of a perfect fragrance: how it can alter the shade of any grey day. They work to manufacture greatness.